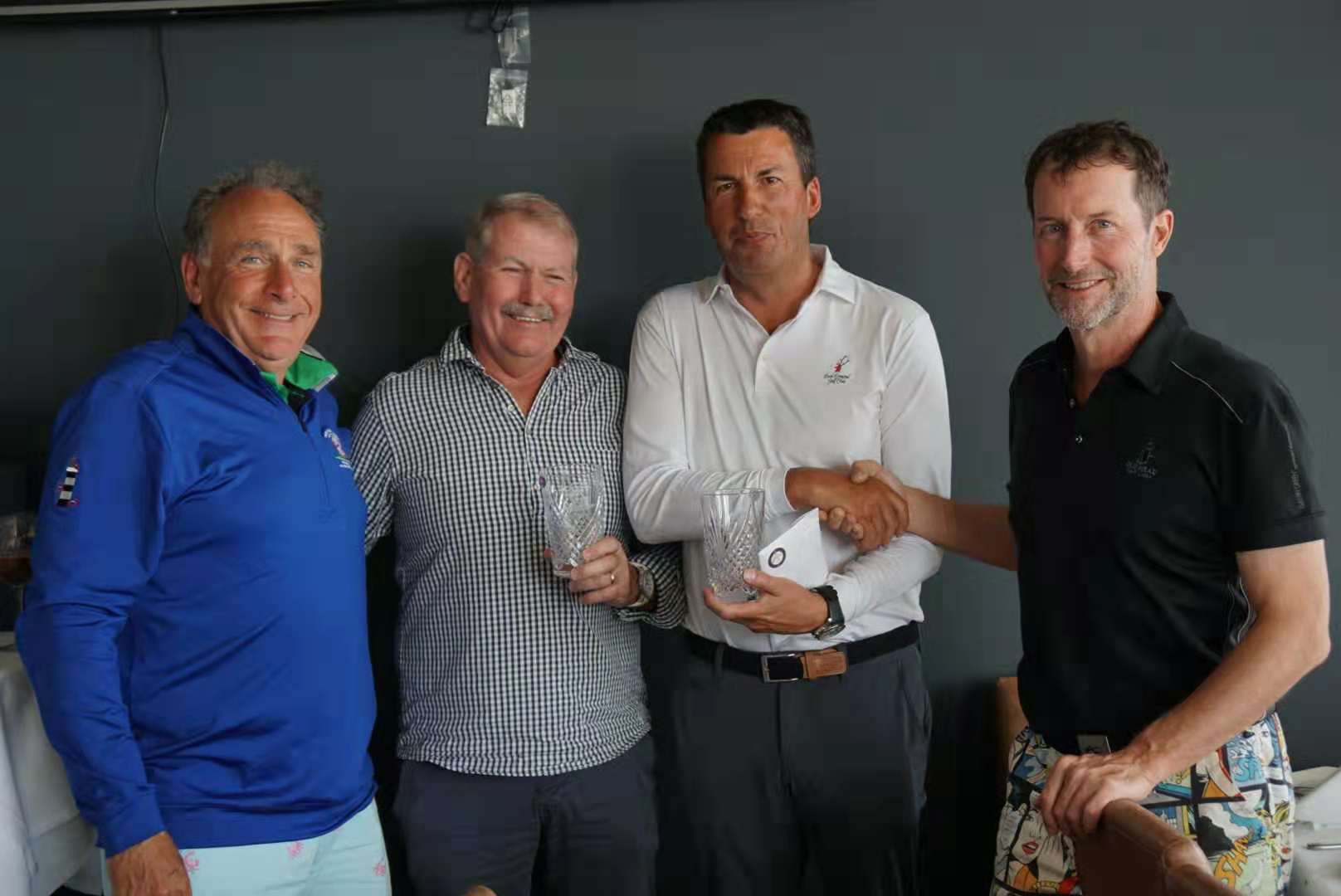 Crusteans flew in from far and wide for the 20th anniversary of the Hairy Crab Invitational held for the first time in Ireland.  The farthest flung pairing of Scotland's Chris Mather and Fiji's Russel Dunham held on for a thrilling down the stretch maiden victory for both.

2019 was the year of the walking wounded crustacean:
Joe's twisted knee.
Doddsy's foot, and back, and hip.
Sammy's mysterious and yet to be named virus.
Duke's sore tummy. And Duke's burn, burn, burn...his burning ring of fire. But let's not go there.
Gobbler's case of LMS (last man standing) and having to crash standing up. 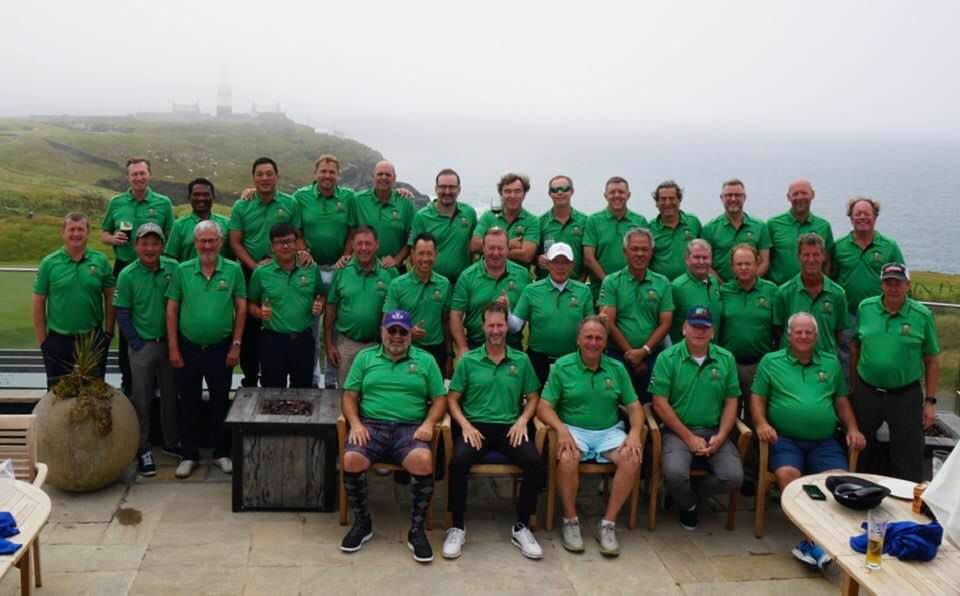 Joe was quoted as saying: "It's easier to play on a bad leg than on a bad head."
Kinsale itself experienced a blistering week of sunshine and not a drop of rain fell on the shocked participants.

Opening night featured the debut of Wicked Hook Productions "Everybody Wants to be a Captain" featuring a bevy of Crustacean voice talent.

First time crab Zaini and veteran shrimp Pat the Pilot got off to a fast start with an 8-under best ball 64. The patrons wondered to themselves: When did the Pilot transform from top-the-ball shrimp to long hitting crab and who is this Zaini guy from Malaysia that's looking really hard to beat?

S2 and Sparky chased Zaini and Pat in the scramble and finished one shot back. Chris from the Scottish swamp and Pacific fisherman Russel heated up the cool and overcast day on the Alister MacKenzie layout. Corndog and the Pin bounced back with the low score of the day, an 11-under 61. Solid performances were also posted by defending champions Grant/Chris at 8-under, and first-timers David G/Feargi and Jackson and the Gobbler both at 7-under. 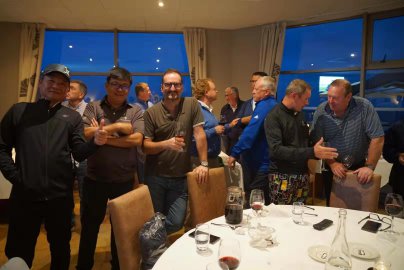 Day 3 -- Old Head GC:
The Toilet Bowl was fiercely contested, with three teams, Boom/Hot Dog, Rienk/Duke & Cooley/Has tying for low score. And in the first-ever Mediocre Bowl, an unreported winner almost emerged from obscurity to pocket some cash. Patrons wondered to themselves: Shouldn't the Mediocre Bowl prize be awarded to the average or median score rather than the low score for the day?

Webmaster Doddsy carded a world record 92-over par in the alternate shot to claim DFL, a score which included 84 whiffs counted for Sammy, who was missing in action for the day.

In the main event, Zaini and Pat continued their stellar play on the front nine of the alternate shot and it appeared that nobody could catch them. Sadly their quest for the Hairy Crab title was thwarted after a train wreck 9-over par on the final four holes. Chris and Russel hung in there and survived two balls in the deep stuff on #18 for a 1-under score in the alternate shot and 5-shot victory. Congrats guys. 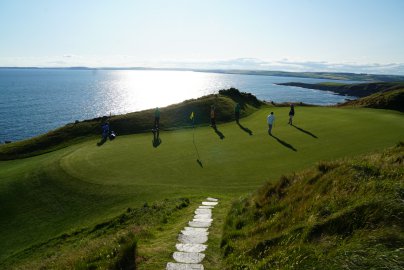 Thanks to all who made the 20th Hairy Crab in Ireland a smash success....  Our hosts at Old Head and Cork Golf Club.   Pawdy the driver... Stew for the organizing and the video...  Duke for the buckles... Swampy and Doddsy on the computers... Hasanand for the photos... Yoda for scoring and officiating. ... and especially Captain Joe for risking his membership and organizing all the Ireland activites.  A great time was had by all.

Players.... don't forget to login to see Players Only content.

The Hairy Crab Invitational thanks the following 2019 contributors....